Victor Fusco, Esq. is an established attorney who has been practicing law for 40 years. For the past 15, he has served as a managing partner at Fusco, Brandenstein & Rada, P.C. The law firm provides legal services in the areas of unemployment, social security, veterans’ disability and workers’ compensation. Mr. Fusco, whose uncle had pushed him at a young age to pursue the legal field, has been able to assist countless clients in their disability claims. He spends his days managing nine offices and 20 attorneys, and providing a variety of services in the fields of workers’ compensation, social security, veterans’ disability, occupational diseases and post 9/11 claims. Aside from running the firm, Mr. Fusco serves as the voice of Labor Lines, a semiweekly radio show on WGBB 1240 AM. Mr. Fusco has received ample recognition for his work. He was named to Super Lawyers from 2013-2014 and received a superb 10.0 Rating through AVVO. Additionally, Mr. Fusco was an honoree of the Long Island Federation of Labor. He attributes his success to his hard work and compassion. In the coming years, Mr. Fusco intends to retire. In addition, he plans to pass the torch to the next generation. 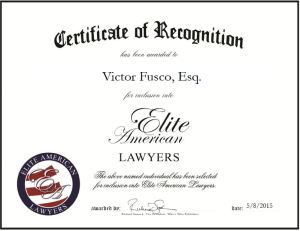