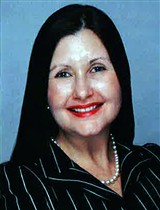 Ms. Rosendale spent 14 years as an executive vice president, general counsel and chief compliance officer with domestic and foreign banks, as well as broker-dealers. Her legal and regulatory focus has been on international and domestic law pertaining to Fortune 500 Companies, financial services firms and publicly traded companies. Ms. Rosendale’s earlier training was as an associate with the large U.S. law firm, Weil, Gotshal & Manges LLP, and as an associate general counsel with Credit Suisse and Citigroup. She has won industry awards for her contributions to the legal and compliance area of publicly traded companies, foreign and domestic banks, and broker-dealers.

Ms. Rosendale, who speaks Spanish and French, is very involved in DirectWomen, an exclusive group of lawyers who support each other’s growth. Ms. Rosendale left Muriel Siebert & Co., Inc., to care for her sister, who died of a brain tumor in late January 2014 after a three-year battle. Additionally, the CEO and founder of the firm, Muriel Siebert, passed away in August 2013.

In her current capacity, Ms. Rosendale is responsible for consulting on capital markets, regulatory advisory, corporate governance, issues related to publicly traded companies, and foreign banks and broker/dealers. She specializes in in-house compliance, legal bills, risk management strategies, international law, and mentoring women. She earned her JD from Fordham University, and she is a member of the Advisory Board of the Corporate Law Center at the Fordham University School of Law. She also belongs to the New York Bar Association, the American Bar Association, the Securities Industry and Financial Markets Association, and the Compliance and Legal Division of the Securities Industry and Financial Markets Association.