James F. Best is a Partner at Best, Vanderlaan & Harrington, a foremost legal services provider based in Chicago, Ill., which has evolved into a mid-sized firm with a reputation for excellence since its establishment more than 35 years ago. Lauded as an expert in trial law, Mr. Best strives to maintain his firm’s standard of quality and distinction in his role as a partner. He is primarily responsible for attending court hearings and litigating on trial cases, thereby making the most of nearly four decades of professional experience that he has come to nurture over the course of a successful career.

Mr. Best remains abreast of trends and developments in trial law, as he is committed to keeping a laser focus on delivering valuable results. He is a member of the Chicago Bar Association, Illinois State Bar Association, Illinois Defense Counsel, Defense Research Institute, United States District Court Trial Bar, the United Stated Court of Appeals and the United States Supreme Court. Mr. Best is also a Certified Arbitration Chairman, and a member of the Illinois Association of Defense Trial Counsel, as well as DRI – The Voice of the Defense Bar. 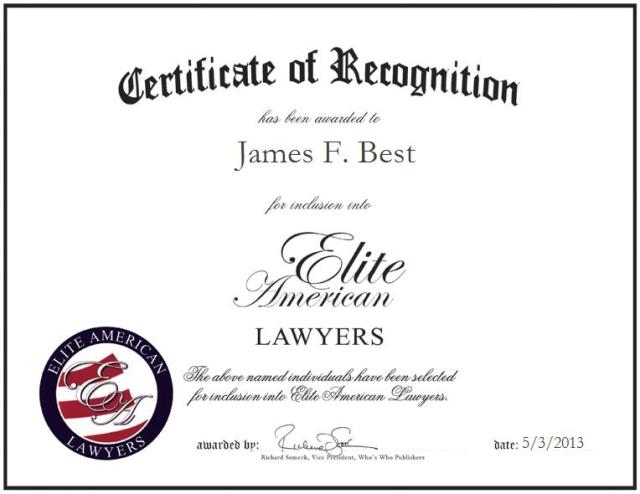