Mr. Bartimus became involved in his profession because he has always wanted to be a pilot in the Navy, but was unable to because he did not have 20/20 vision. After leaving the Navy, he went to law school and received a degree, and then attended medical school for three years. Afterward, he founded his own firm. He has since garnered a reputation of distinction for his heightened proficiencies in the legal field; at the helm of his own practice, he oversees medical negligence and pharmaceutical litigation at the firm. Mr. Bartimus has received the following accolades over the course of a triumphant career:

Litigator of the Year in Kansas City, Best Lawyers (2010)

For more than 35 years, Mr. Bartimus has been building on an ever-emergent skill set, and he continues to strive for excellence in his every endeavor. He feels that he has been able to achieve his professional goals due to a strong work ethic and a commitment to achieving growth in his chosen field. He has had the opportunity to write for a number of publications and journals, and in the years to come, he looks forward to expanding on his firm and excelling in the courtroom. 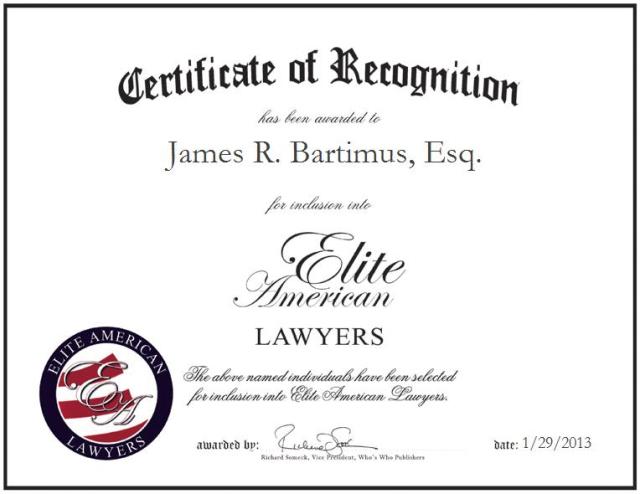